AS ABOVE, SO BELOW !

Written in December of 2009

I have discovered the existence of the Shadow Planets by closely observing the works of W.D. Gann.

“AS ABOVE, SO BELOW” is the famous statement that of W.D. Gann that is widely quoted on the internet. But what does it mean? Should this statement ONLY  imply that astrology works, or is there something more behind it?

Gann used to draw Planetary Trend Lines in the charts of various commodities that are based on the motions of the planets.

He used a special conversion process of converting the planets into trendlines on price charts. This conversion-process is in detail explained in the ROSECAST TRADER software that will perform these conversions at the same time. Since planets usually move forward most trendlines based on planetary motions were sloping upwards. In order to create downward sloping trendlines for falling markets Gann has mirrored the motions of the planets along the East-West axis in the horoscope. Thus he has created invisible Shadow Planets below the horizon of the horoscope. 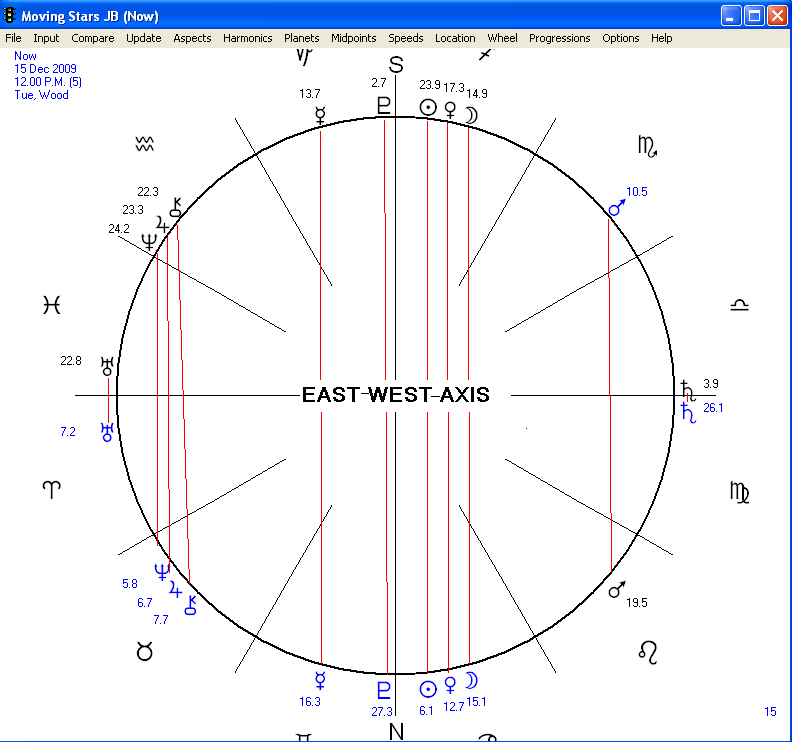 Finally you must remember that each Astrological Signs has its own Shadow Sign. Since there are 12 astrological signs there are six pairs of signs. Each pair will contain both the physical planets and their non-physical counterparts (shadows). These six pairs are listed below for your reference.

is the first Annual Stock Market Forecast in history that uses the secret of the Shadow Planets since W. D. GANN!